When did we all stop playing and having fun?

Was it when we turned 18 and officially became an adult? Was it when we were teenagers and thought that being on the swings at a playground was lame? Or was it when we realised that people were judging us for our actions, and so we stepped away from doing things that made us feel good and instead acted in a way that society expected us to act?

Ultimately it doesn’t matter when it happened. The important thing is to ask why it happened.

Ask any adult when the last time was that they took some to play and have fun and you’ll probably be met with a blank stare or a strange look. That or you’ll receive an answer along the lines of “well I played golf a few weeks ago…”. But that’s not the sort of playing that I’m talking about.

I’m talking about playing or doing something that excites you in your core. It could be anything from building something out of Lego, to dancing in the rain, or even just playing on the swings at the local playground. 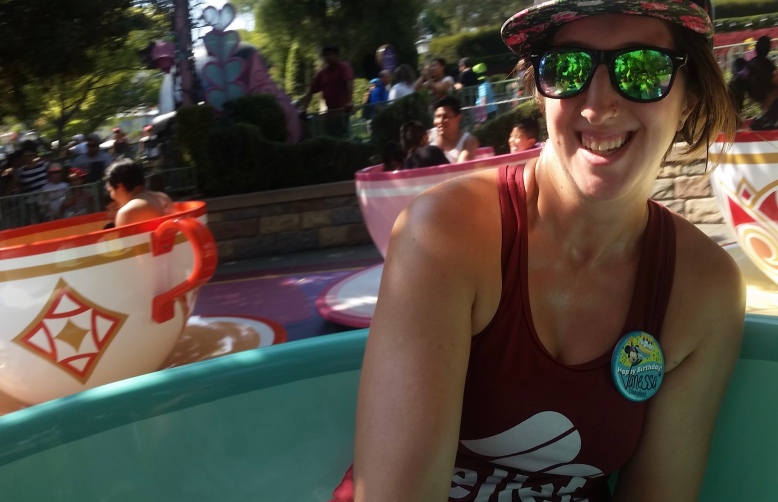 Smiling on the Teacup ride at Disneyland!

It’s about time that adults stopped judging each other for playing and having fun. We need to learn to let go of inhibitions and just do something that makes us feel good!

I’m so grateful to have found obstacle course racing as it’s given me an outlet to play in the mud and act like a kid again. Unfortunately I almost lost my mojo after I tried to take the sport seriously. I’d been trying to run faster and get stronger but then I’d get into a race and be mentally tearing myself apart. I wanted to play on the obstacles and have fun, but at the same time I wanted to succeed. I was slowly losing my passion for the sport which meant I couldn’t bring myself to take it seriously.

It wasn’t until I did Tough Mudder in Dallas with friends (Team Banana!) that I remembered how much fun I had when I first started in OCR. I remembered what it was like to muck around and just play, rather than trying to beat my old time or conquer all the obstacles. It was the chance to act like an idiot that drew me into the sport in the first place and Tough Mudder made me realise how desperate I was to get back to my roots. While some people are able to make a career out of OCR, I realised that I needed to take a step back and just be a participator instead of a competitor.

Following Tough Mudder I completed the Spartan Race Beast and Sprint in Dallas whilst in costume. I walked alongside friends and mucked around. There was no pressure to succeed and so I could focus on being a grown-up kid. 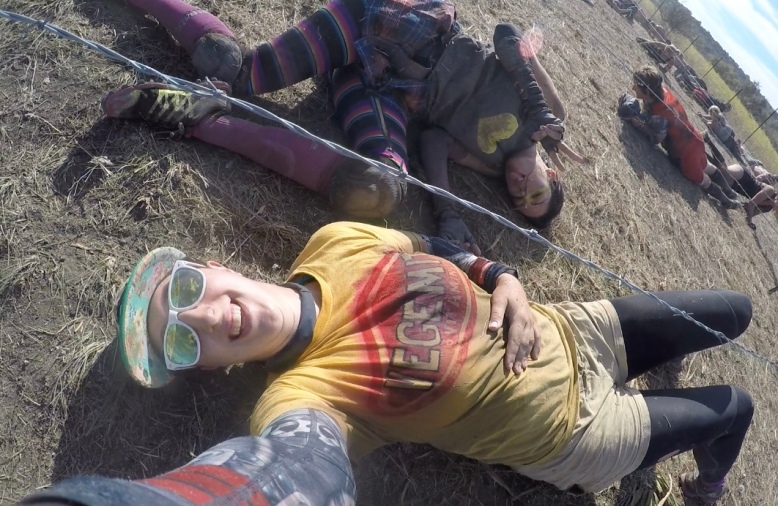 Relaxing in the barbed wire crawl

Last weekend I volunteered at an event called Miss Muddy. Miss Muddy is a 5km(ish) women’s only mud run that’s all about getting dirty and pushing yourself, but mostly it’s about HAVING FUN! It’s a chance to swim in a pool of jelly and roll around in a mud pit before being sprayed with colour and tackling sumo wrestlers in foam.

I was based at an obstacle called Big Bounce which was essentially a giant bouncy castle. For hours I just bounced around and felt joy in seeing the smiles on other people’s faces as they did the same. It was a chance for people to let go of any inhibitions and just allow themselves to have fun. 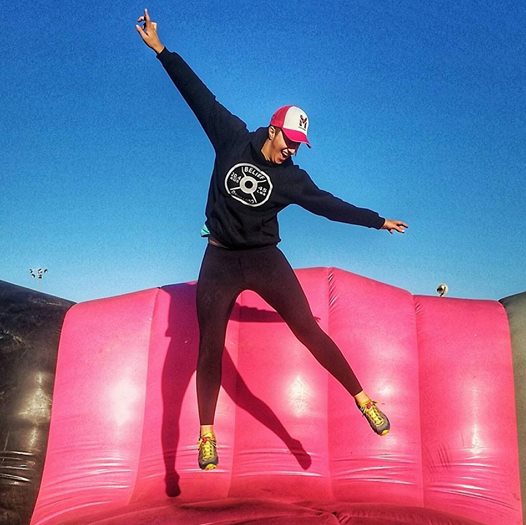 I’ve often said that I would love an adult sized playground, where adults can go and play on the monkey bars and slides without fear of judgement (or looking creepy), and on equipment that’s appropriately sized. Maybe this is why ninja gyms are becoming increasingly popular – as it’s a way for adults to act like kids once more.

Despite years of trying to fight it, I have realised that I truly am a child at heart and I am happiest when I can play. I’m finding it increasingly more important to have fun now that I’m an adult as it gives me a chance to temporarily forget about all my responsibilities and just live in the moment. I’m hoping the day will come where people of any age can just muck around and have fun without being judged by others.

Next time the opportunity presents itself be sure to take a moment and play. Run barefoot through the water fountain, muck around on the monkey bars, or just walk down a street singing at the top of your lungs. Whatever you do, do it with a smile on your face. You’ll probably get some strange looks, but the feeling of happiness and joy is far more important than what strangers think of you.

Go on – what are you waiting for? Get out there and have some FUN!

One thought on “It’s time to PLAY!”