I’d been feeling a bit low after returning to Perth in February with no OCR prospects on the horizon. Just when I had given up on the prospect of spending a day acting like an idiot, a friend of mine commented that ROC Race was coming back to Perth and he was looking for people to join his team. I took it as a hint and signed up in preparation for a day of fun, hoping that Perth would turn on some awesome weather for the day.

So what is ROC race?

The name alone sums it up perfectly.

Take a heap of giant inflatables, along with two thousand adults who want to act like kids, throw in some water and a sunny day and you’ve got ROC Race.

Despite the name, it’s not actually a race, but a take on the popular TV show Wipeout. There are no medals or winners, just smiling people in soaking wet t-shirts.

In our team of six we donned tutus and descended on Gloucester Park with the excitement of six adults ready to act like kids for a day (wait…). I’d done the event in Melbourne last year (in the cold weather and freezing winds) and wasn’t too impressed, so I hoped that this year’s event was better.

There was a considerable amount of unnecessary running at the beginning to disperse the crown and make up distance (that nobody cared about) but as we neared the first obstacle we sped up to join the queue.

Hang on… the queue?

The one downside to ROC Race are the queues. Thankfully for us we only had to wait a minute before it was our turn to run and slide headfirst down an inflatable tube covered in soap suds. There was cheering and screaming as people hit the cold water at the end, but everyone had a smile on their face as they stood up and ran to the next obstacle.

Throughout the 4km course we ran like horses and clambered over walls, tried to run along half-inflated bounce balls, jumped off 3m high platforms into an inflated bed and ran along beams whilst avoiding a moving arm that was trying to knock us off. 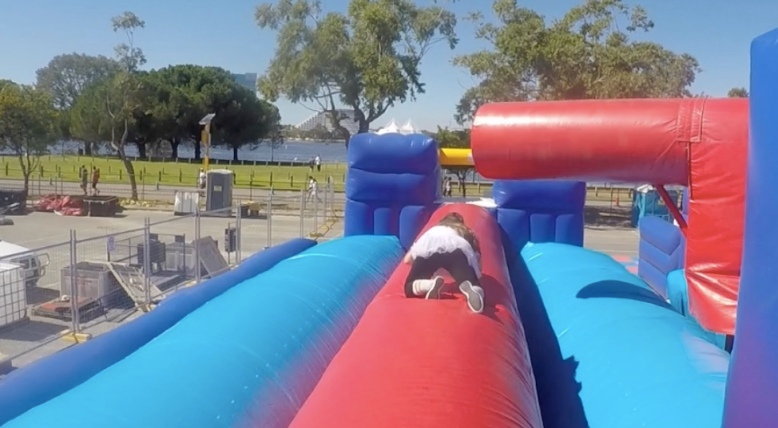 I had brought my speaker with me so the tunes were cranking as we had an impromptu dance party in one line, before deciding to cut a corner and head straight to an obstacle instead of running 1km around the course. 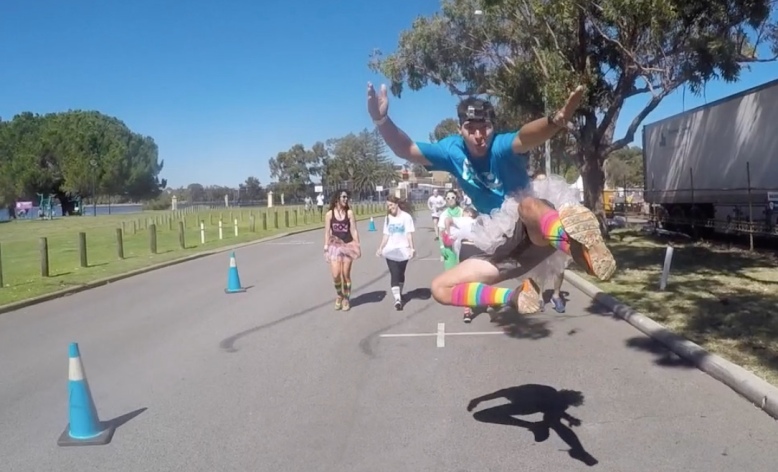 As we approached a giant tyre tube waterslide the guys thought it would be fun to get as many tubes on themselves as possible then run into each other at full force. We ended up going down the slide five times before moving on to the last few obstacles.

The weather gods had been on our side throughout the day and provided us with sunshine and warm weather as we played in the freezing cold water. If it wasn’t for some awesome friends I don’t think I would’ve had the amazing day that I had. So thanks to them and the organisers for an awesome day! 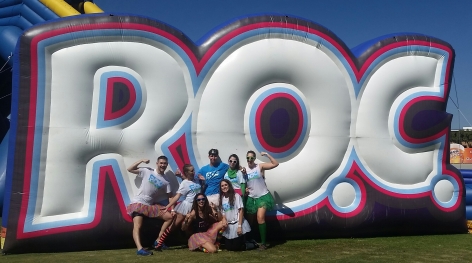