There’s only a few times in one’s life when it’s perfectly acceptable to run around a city in one’s undies, and the Cupid’s Undie Run is one of those times!

After running through Sydney in my underwear on Valentine’s Day in 2015 I felt it was time to ditch my clothes and run in my undies again, this time in Melbourne. I managed to convince my best friend to join me, all in the name of supporting the Children’s Tumour Foundation and raising money for children suffering from Neurofibromyalgia. 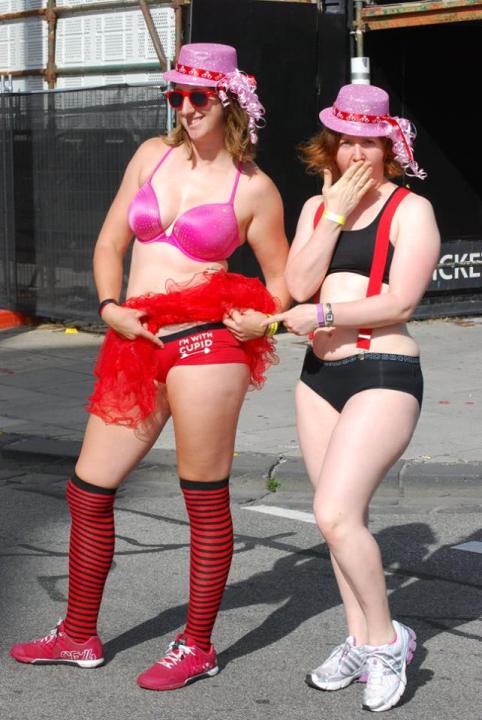 The run itself is only short (Sydney was around 1km, whereas Melbourne was even shorter), as the focus is on just having fun in your underwear. The Melbourne event was held in St Kilda, next to Luna Park, on the day of the St Kilda festival. 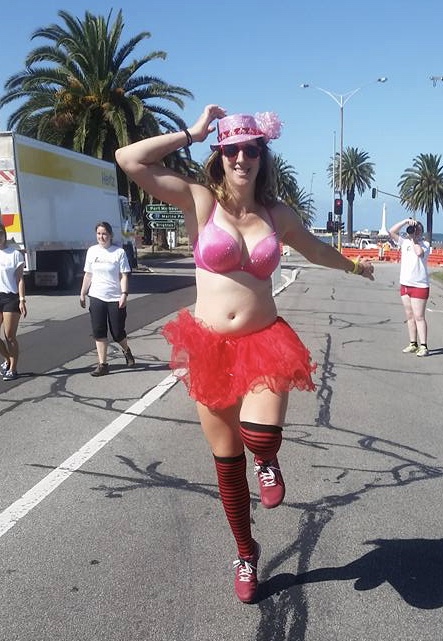 I joined my best friend Gina in running around the streets of St Kilda in our undies, complete with awesome hats that I’d made a few days prior. We frolicked alongside 500 other participants in the name of charity whilst onlookers stared in confusion. After the short frolic and some street dancing it was time to put our clothes back on and return to reality. I joked that as we could see the ocean we could argue that we were wearing bathers rather than undies. If you’re wondering what I’m on about then just watch this ad.