In April I had a decision to make: should I go to Montana to do the Spartan Beast, or Arizona to do the Grand Canyon Half Marathon? My friend Mike asked me how many Spartan Races I’d done before, which prompted me to pack my bags and head to Arizona.

The race was held in the town of Tusayan which is about 15 minutes south of the Grand Canyon. The course was going to be relatively flat and so I figured I’d be able to smash out a new PB. My calves were still sore from the SISU Iron the previous week and so I knew it would take a few kilometres before I warmed up.

I thought that Arizona in May would be warm, but when I picked up my race bib on the Friday I realised how mistaken I was. This was going to be a cold race. I was at the site at around 3pm and it was cold when the wind blew, so a 7am start the next day meant I needed to wear lots of layers.

On race morning I woke up at 4:15am and had a big breakfast before getting changed and heading to the race. I was staying in Flagstaff which is just over an hour south of Tusayan so I had a long drive ahead. There was a guy staying at the hostel who was going to take a taxi to the race, so I gave him a lift to save him $150 in taxi fees.

As we neared the start line I looked to my left and realised that there was snow on the ground. This was very unexpected, however at 8000’ of elevation I suppose it’s normal. I arrived at the race site just before 6:30 and quickly layered up. The announcer was saying that the course was extra muddy so I was glad to have my Icebugs on as they would prove to be a valuable asset during the run. I enjoyed a hot chocolate before the race and danced around on the spot to Wham to try and keep warm. Despite wearing three layers, plus a plastic poncho, I was still cold. 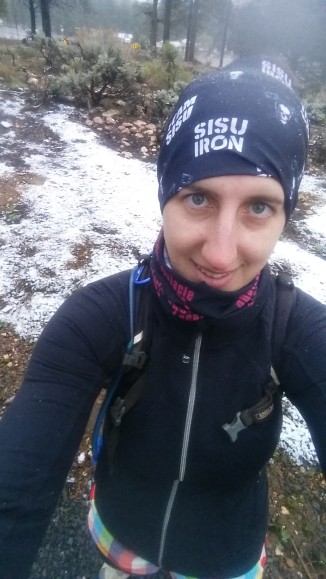 Before the run – look at that snow!

Just before 7am we were advised to arrange ourselves based on finish times, and that’s when I spotted two Weeples trying to keep warm in the crown. I started chatting with them and soon enough it was time to run. As the gun sounded I started with a gentle jog to warm up my legs before increasing speed. The terrain was a little rocky but thankfully all my OCRs had prepared me for the terrain and the mud. 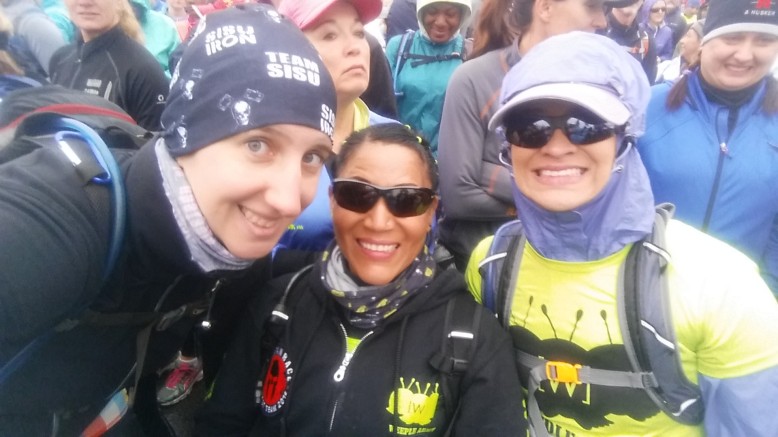 After a few KMs I was getting into a good rhythm when we hit the mud section. This mud lasted for almost the entire 21km. I soon realised that it was impossible to run. The mud was slippery in the middle of the track, the mud on the sides was too soft to run in, and so I joined hundreds of others as we walked along the sides of the track through the bushes. Every now and then I would run for a few hundred metres to try and warm up but my legs just felt like they weighed 100kg each and so jogging was near impossible. 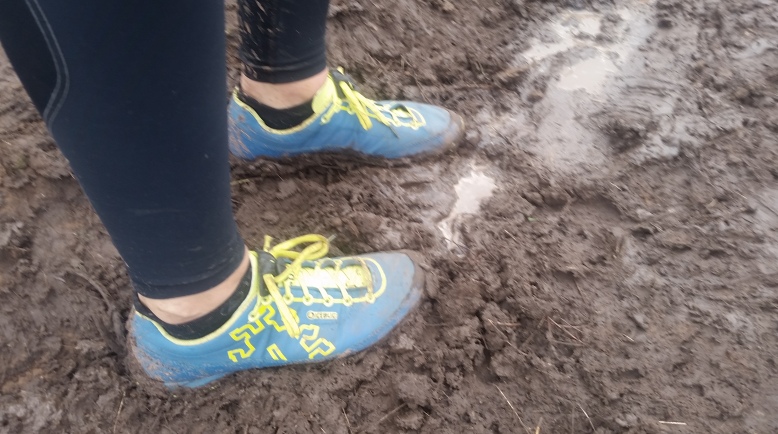 As we trudged along the weather got colder and eventually it started snowing on us. After the snow came the rain, followed by a very brief period of sunshine. I was sweating under all my layers but was still so cold that at one point I was trying to jog with my gloved hands inside my pockets as my fingertips were freezing. 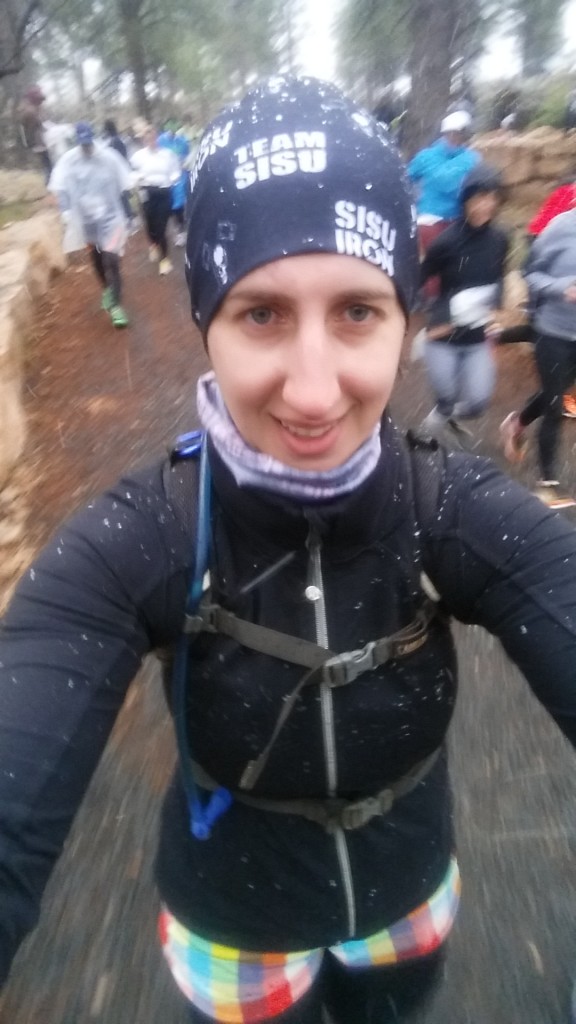 Snowing on me as I run.

There were water stations every two miles with plenty of Honey Stinger gels to keep us going. I grabbed one every chance I could to keep my energy levels up as the shivering was becoming constant. The run was scenic but I was too cold to appreciate the beauty of the surrounding forest, so all I stared at was the muddy ground in front of me.

Finally, I passed the Mile 12 marker and I knew there was just over one mile left. We rounded the corner and hit the pavement and that’s where I started running again. I had no idea how long I’d been going for as I didn’t want to take my gloves off to check my watch, so I just kept running down the footpath to the finish line. Finally, I crossed the finish, having taken just over 3.5 hours. It was my slowest half ever but I didn’t mind. All I wanted to do was get into some dry clothes and shoes.

Now I know what to expect if I decide to return next year. It was definitely worth it and was an experience I won’t be able to replicate any time soon. 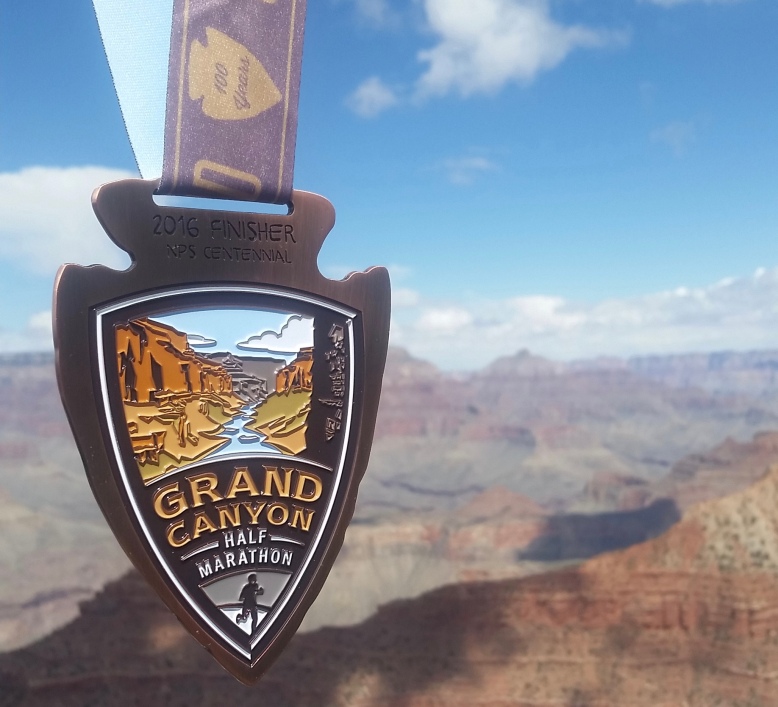 One thought on “Grand Canyon Half Marathon”